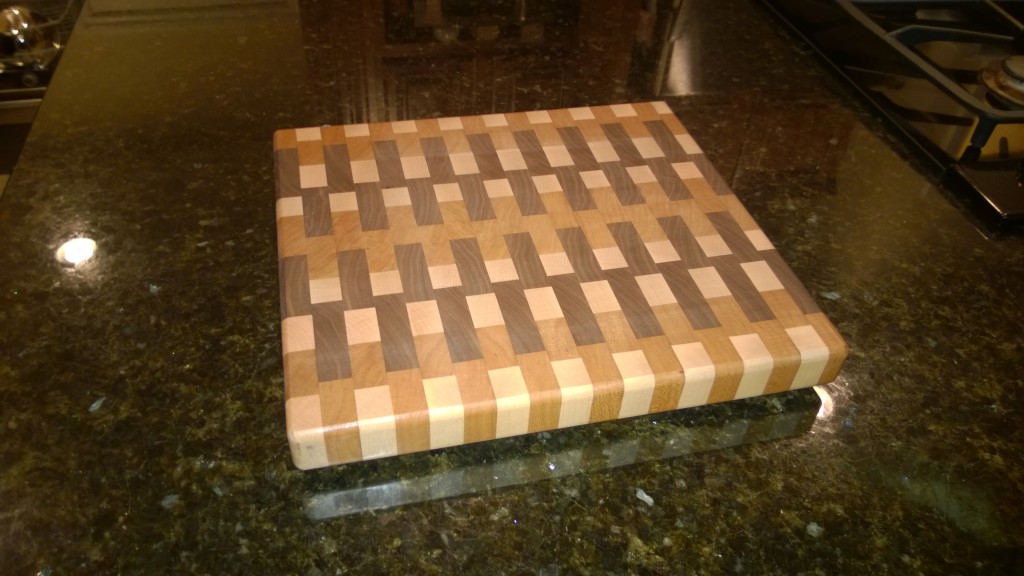 This end-grain chopping board was a gift made for an old teammate, confidant and incredibly close friend.  A pal.  A man’s man. A ladies man. An all-round good guy. One of life’s winners. You know, the kind of guy who deserved it, and that had previously given me a piece of cherry that I had used for another end-grain board, and I wanted to make him something with the remainder.  The one I made for myself was a little smaller, and is primarily used as a cheese board.

Making an End Grain Chopping Board

The design for this board was created with CB Designer – a great little program that helps you work out the design before making a cut. There is also an online version that is handy for those that don’t manage to get the original installed… (does not work with Internet Explorer, but seems to work fine with Firefox). 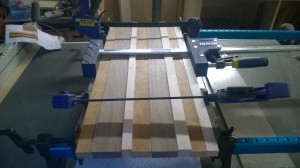 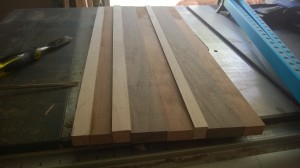 This is the initial glue-up, following ripping the cherry, maple and walnut to the correct widths (note: the height doesn’t really matter at this stage, as we will plane it down once glued).

Afterwards, we run it through the planer 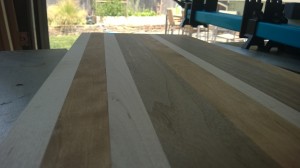 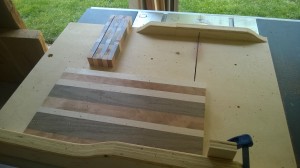 Then we cut it to height using a cross-cut sled on the table saw, and line them up on end, and flip every second piece to create the pattern 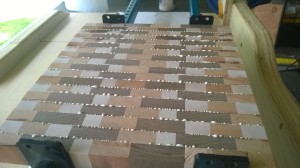 Then sand it down 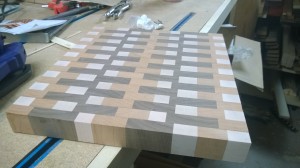 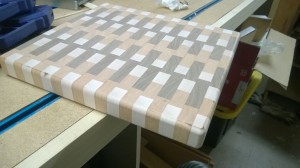 Then round-over the edges 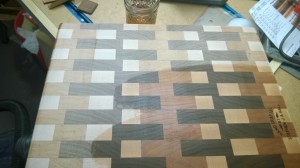 Then, for this one, I used the Wood Whisperer’s wiping varnish method, although 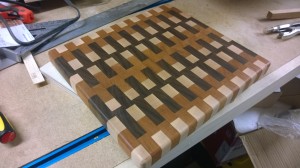 I’m still not 100% convinced about it’s longevity, but it looks good at the start! 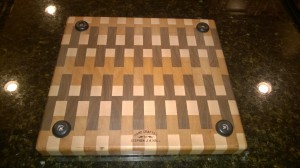 The finished article: End grain chopping board in Cherry, Maple and Walnut.  Even though he only uses it as a cheese board as he’s too scared to use it.

Also, here is a test to check something