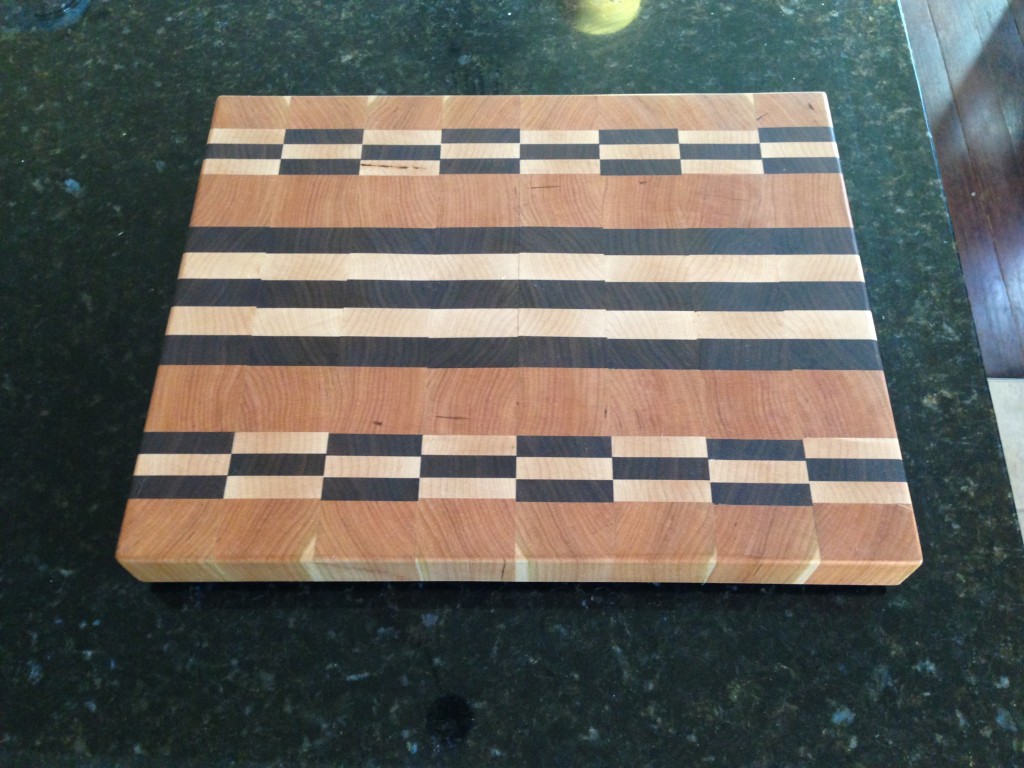 This end grain chopping board was made as a (late – shock) housewarming gift for some close friends.  Made from walnut, maple and cherry. I used the CB Designer program to design the board. 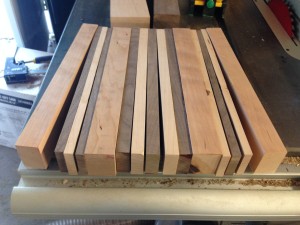 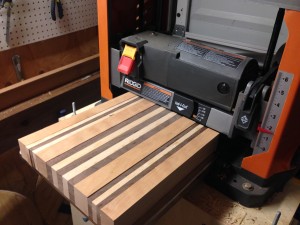 After milling the stock to size, and glue up, the long grain was run through the planer. 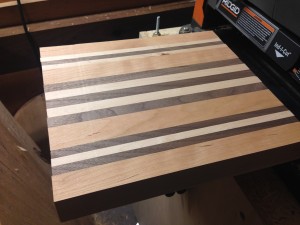 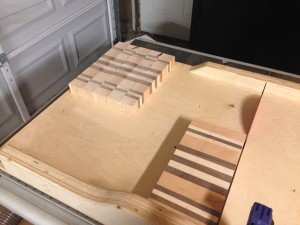 The long grain board was then cut into 1 1/4″ chunks, turned to end grain, and flipping every second strip to create the checkerboard stripes on the outside. 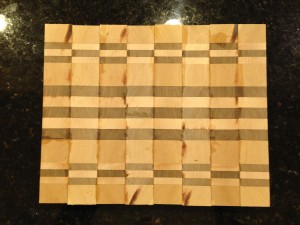 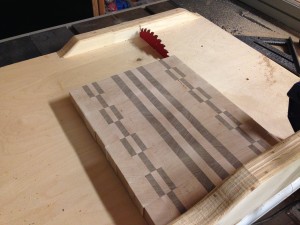 Following the second glue up, the end-grain board was planed (carefully!), and the board was trimmed on the cross-cut sled. 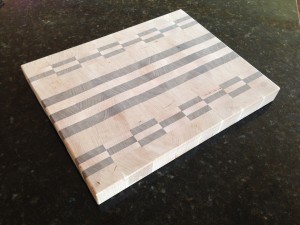 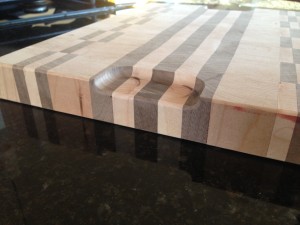 A small round-over was used on the edges, and then handles were carved out at the router table using a bowl-cutting bit. 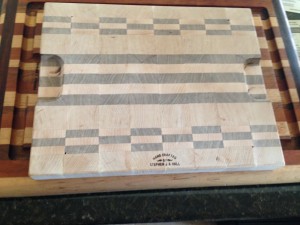 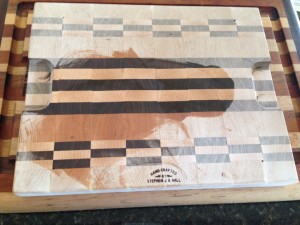 The unfinished end-grain board was then oiled up with mineral oil on my favourite finishing surface – a big long-grain board that always enjoys the left over oil, but is obviously not great for taking photos against… 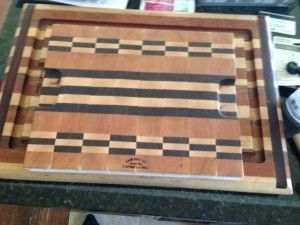 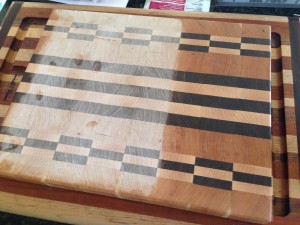 After oiling the bottom of the board, the top got several treatments.  I added four rubber feet to complete the chopping board.

The finished article – End grain chopping board in cherry, maple and walnut.  Not perfectly aligned, but still a good looking board, and the recipients have been hacking away nicely at it and using it as intended! Here it is after a few months use: 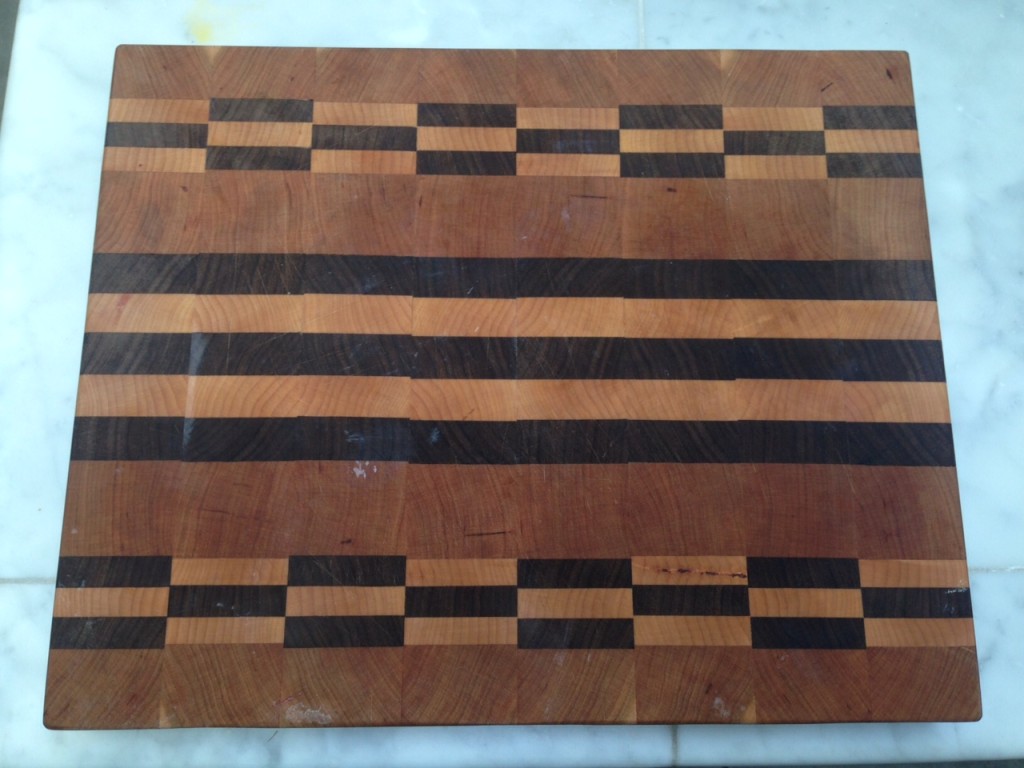 1 thought on “End Grain Chopping Board”

This site uses Akismet to reduce spam. Learn how your comment data is processed.